The Federation of Anarchism Era

Revolutionary Anarchist Action (DAF) faces arrests, court cases, and state violence as they stand up to the dictatorial Turkish state. In a situation of an unending “state of emergency” and civil war, resistance is necessary, and our support is critical

The anarchist movement in Turkey is a growing, vibrant, and strong force. Just a few small collectives and papers ten years ago, anarchists are now organized across Turkey and North Kurdistan. With their increasing impact and visibility, anarchists have now become a target of repression as Turkey has slid into war and dictatorship. The Black Rose Anarchist Federation is asking for your support for their struggle for freedom in the face of violence and repression

On December 23rd, our comrade Huseyin was sentenced to one year and three months in prison for being the managing editor of the anarchist newspaper Meydan, which was banned by state for “terrorist propaganda”. On May 1st two DAF members were arrested as they marched in Istanbul. Earlier this year the anarchist cafe Kolektifi 26a in Istanbul was the target of police harassment. Multiple investigations against Revolutionary Anarchist Action (Devrimci Anarsist Faaliyet – DAF) and their members remain open, while their comrades are frequently being arrested at demonstrations and labor actions. Six anarchists have been killed in ISIS suicide bomb attacks in Turkey since July 2015

The repression against the anarchist movement is just one small part of the war and state terror that is taking place in Turkey and Kurdistan now. Entire Kurdish cities in Turkey have been decimated and laid to waste by the government’s military sieges. Across the border in northern Syria, Turkish troops are facing off with Kurdish and allied militias, and Turkish jets have been bombing Kurdish cities and military positions – killing American IWW member Michael Israel among many others. The leadership of the leftist pro-Kurdish People’s Democratic Party (Halklarin Demokratik Partisi – HDP) has been arrested. HDP co-mayors in Kurdish cities have been arrested and replaced with appointed rulers. Almost all opposition media, whether it is leftist, Kurdish, liberal, or even the wrong kind of conservative Islamist, has been shut down. The country has been ruled by President Erdogan through a state of emergency decree since the failed coup in July, meaning that the country is effectively under a dictatorship. With the recent passing of Erdogan’s referendum giving him even more dictatorial powers, it is clear that the threat of state terror is increasing

Black Rose encourages everyone to donate to support DAF because we believe that the strength and organization of a broad opposition movement is what can bring peace to the peoples of Turkey and Kurdistan. Despite the arrests, firings, and killings, resistance lives as anarchists and thousands of others continue to take to the streets to challenge the state. Our comrades in Turkey and North Kurdistan are putting their freedom and lives at risk to bring the working and oppressed people together to fight for liberation against Erdogan’s murderous dictatorship 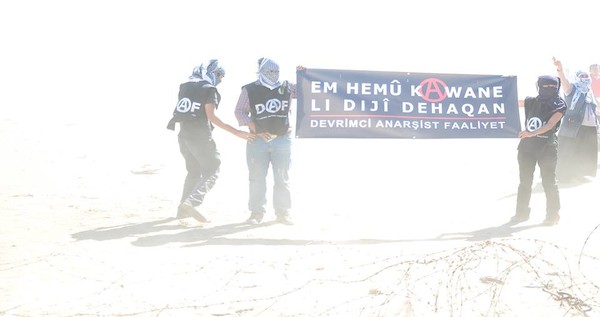 DAF is a revolutionary anarchist organization that is organized in several cities across Turkey and N. Kurdistan. DAF is the largest anarchist organization in Turkey (although there are certainly other anarchist groups in Turkey that we also support, like the platformist group Taçanka in Ankara). They describe their politics as being rooted in the classical social anarchist movement of Bakunin, Kropotkin, and especially Malatesta, combined together with the specific lessons of revolutionary struggle in Turkey and North Kurdistan. DAF participates in different struggles against oppression and exploitation through a number of “self-organizations”, such as Anarsist Kadinlar (women’s struggle), Patika Ekoloji Kolektifi (environmental struggle), and others. There are separate autonomous collectives that DAF participates in for organizing specific projects, like the newspaper Meydan, or the Kolektif 26a that manages two anarchist cafes in Istanbul

Some of the struggles that DAF participates in

Women’s movement
The Anarsist Kadinlar group organizes to push for an anarchist-feminist perspective within the women’s movement. Here are some videos that they made for different International Women’s Day marches that show some of their activities:
۸ March 2015 Video
Video of several March 8 actions

Labor movement
DAF organizes with the Insaat Iscileri Sendikasi, an independent construction workers union. Here is a video showing some of the union’s activity over the past couple of years

Environmental movement
DAF works within the anarchist Patika Ekologi Kolektifi to support struggles to defend land and the environment. This video shows a protest against a dam builders’ conference (dams are a key tool that the state uses to displace and control the rural Kurdish population). This was a march organized against a proposed nuclear power plant that was to be built on the Black Sea

Youth movement
The Anarsist Genclik group organizes young people to resist conscription and support other struggles that affect university students and young people in Turkey. This is one of their conscientious objection actions. This is a demonstration in support of Kobane at Istanbul University that DAF participated in

More information about DAF can be found in the interviews that they have done with other anarchist groups, such as their interview with Umanita Nova, this interview with Corporate Watch focusing on the Kurdish movement, or this audio interview with The Final Straw Radio

What the money will be used for
The funds raised will go to legal expenses for defending cases against DAF and Meydan, for printing newspapers and propaganda, and for the general expenses of organizing. The money will be sent to DAF through the International of Anarchist Federation’s ongoing solidarity campaign for DAF 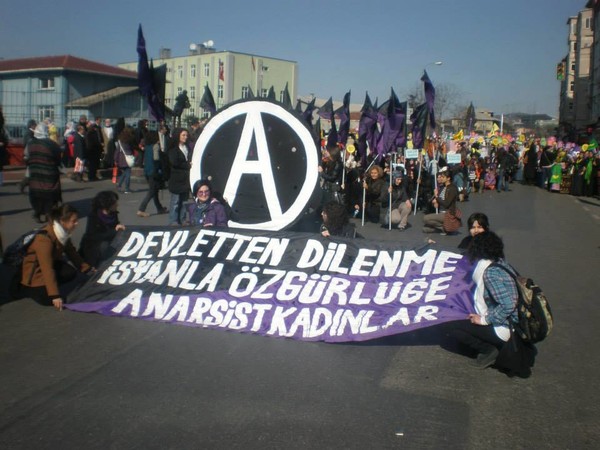 Gozareshgaran Appeal: In condemnation of the arrest and torture of the May Day detainees- teachers, students and writers

Publishing and Redistributing all contents on this website is completely free